The Invisible Art: Why Sound Design Is Finally Getting Its Due

Nathan Ruyle is a sound designer and founder of This Is Sound Design, where he has created sound for 150 projects, including wide-release studio films and beloved indies. In this piece, he explores why sound design has historically been separate from the other film crafts, and why that’s changing.

It was after midnight. I was supposed to be writing a high-school term paper, but I was suddenly mesmerized and terrified by a droning soundscape rattling from the speakers of my TV. I was hearing David Lynch’s 1977 Eraserhead, and though I didn’t know it yet, it was the beginning of my journey as a sound designer.

What I did know is that the sound in that film had activated a new feeling in me, and it had pulled me into a strange new world. It was magic and I wanted to know how it was possible.

Eventually I learned that the sound for David Lynch’s film was created by his longtime collaborator, Alan Splet, one of a handful of artists who in the 1970s took on the moniker of sound designer and redefined what was possible with cinematic sound. We’re still working to fully realize this redefinition today. Sound is most effective when it remains in the audience’s subconscious perception. We call it the “Invisible Art,” because nearly every other aspect of the film appears on the screen.

Sound in movies results from a remarkable collaboration between artists, engineers, and manufacturers. What started with simple recording techniques a century ago became an industrial process after WWII, when an army of editors and engineers would record audio, physically cut it, and mix it onto magnetic tape. 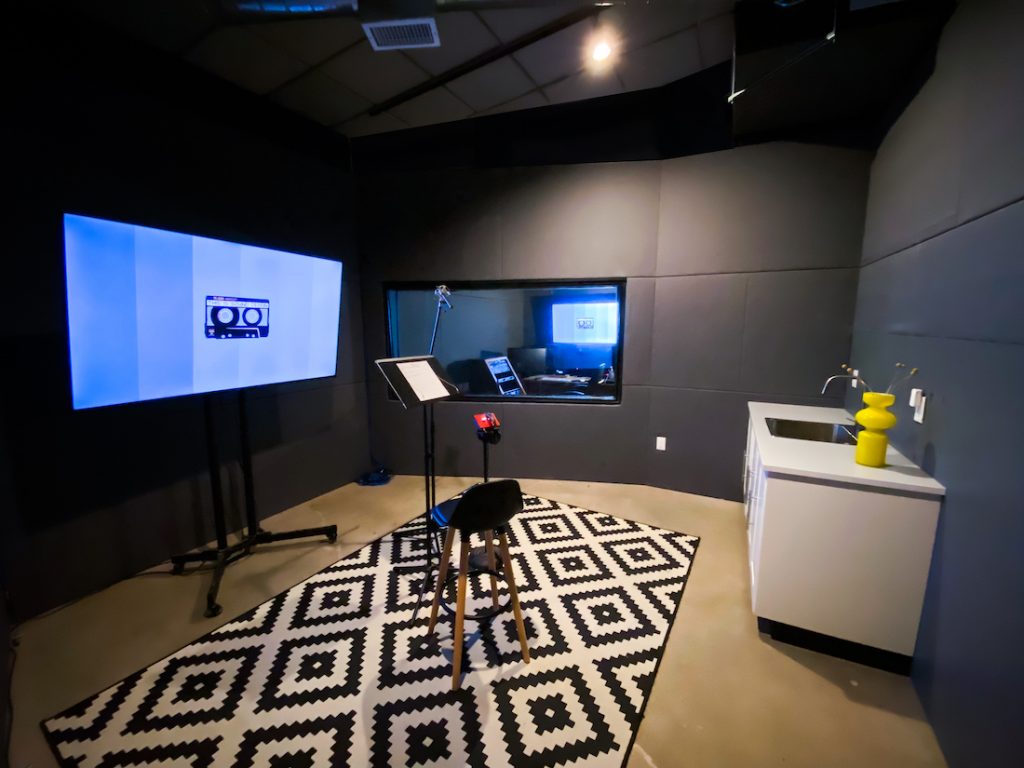 This Is Sound Design studios in Burbank, California

Through the ’50s, the process was mostly handled by Hollywood studios, on their lots. In fact, until 1959, the Academy Award for Best Sound Recording was awarded to a studio. As filmmaking entered the New Hollywood era in the ’60s, individuals finally started to receive recognition. Technologies continued to evolve, notably with the adoption of surround sound late in the late ’70s. In the ’80s, fans became more aware of the people responsible for the sound in their favorite movies. They learned about people like Ben Burtt (Star Wars, Raiders of the Lost Ark) and Walter Murch (Apocalypse Now, The Godfather), who took inspiration from European cinema and eschewed Hollywood norms and hierarchies. Murch was the first person to receive a “sound designer” credit onscreen, for his work on Apocalypse Now in 1979.

The primary credits you see today are for the managerial “supervising sound editor” and the utilitarian “re-recording mixer,” though they rarely get a card at the front of the movie, like the other designers receive. The Oscar categories eventually changed, so that the Academy recognized the best sound editing and best sound mixing.

But the sound designer credit lives on, and recognizes the creators of some of my favorite cinematic sounds: Gary Rydstrom’s T-rex footsteps in Jurassic Park, Ren Klyce’s oppressive ambience in Se7en, Craig Henighan’s haunting whispers in Black Swan.

Through the ’90s and 2000s, as computers became more powerful, sound went digital — as did many aspects of post-production. By the 2010s, sound teams could be smaller. On many films, one person could serve as both supervising sound editor and re-recording mixer.

My own journey started in theater and then brought me to CalArts, the laboratory of collaboration founded by Walt Disney. At CalArts, I relished developing an engineer’s expertise in recording, editing and mixing. But through constant collaboration, I became committed to a design process driven by ideas and experimentation. The key to realizing great sound is mastering the tools, and holding to a cohesive creative vision. I often compare this process to the production design on a film, which involves overseeing many aspects of production, including locations, furniture, props and painting. By naming this role production designer, we recognize that the decisions and leadership required to create the physical world in the frame is more than a collection of tasks — it requires design. 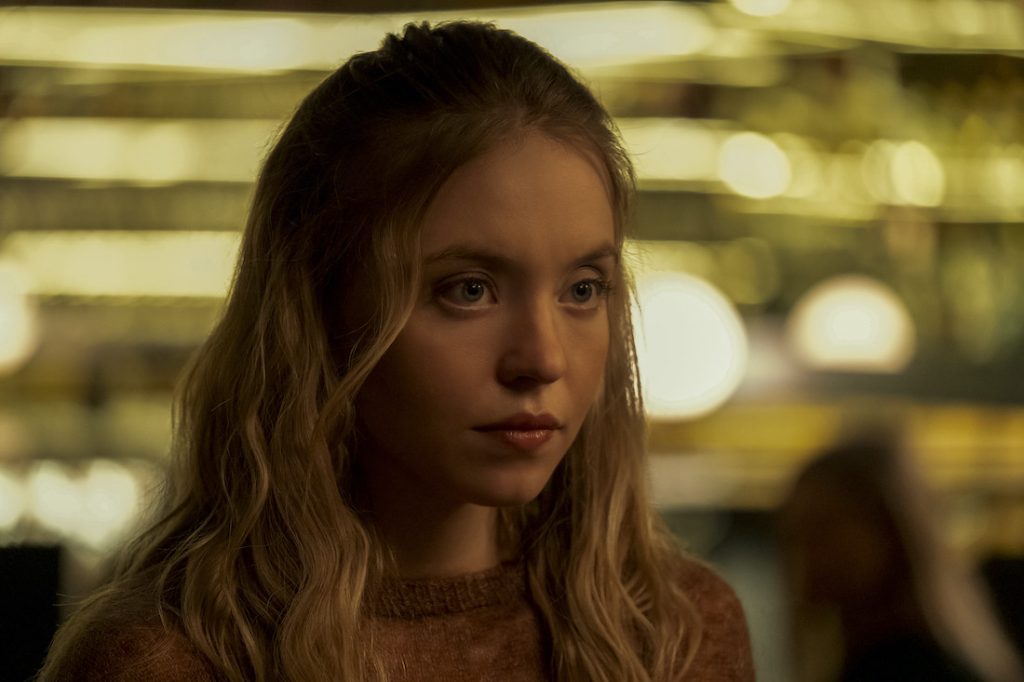 Sydney Sweeney in The Voyeurs, an Amazon Original with sound design by Nathan Ruyle, founder of This Is Sound Design. Courtesy of Amazon Studios.

Thirteen years ago, inspired by my first experience screening my work at Sundance, and after meeting many kindred spirits excited to create and collaborate, I founded my sound company. I gave it a name meant to embody an idea-driven approach to sound:

This is Sound Design.

When I built my first studio in 2010, I was limited to 128 tracks in Pro Tools. Today, for the same money, I would have 2,000 tracks available. My modular Avid S6 mixing console can be programmed in a few minutes to prepare any of those tracks — something that wouldn’t have been possible in the analog era, even with the biggest and most sophisticated mixer. What once was a multistep process, involving different people with different skills and equipment, is now all in one interface. Quentin Tarantino’s sound designer, Wylie Stateman, is one of the strongest advocates for this approach — he says a sound editor should also be a mixer, and adopts the slogan ABM: “Always Be Mixing”. The lines are blurring — and legacy divisions in the process are unnecessary, and are holding us back creatively.

Last year, the Oscars made a change you may not have noticed: the two Academy Awards for sound editing and sound mixing were consolidated into a single Oscar for best sound. For years, Academy voters expressed confusion about the two sound categories. In a “Brutally Honest Oscar Ballot” published by The Hollywood Reporter in February 2020, one anonymous Oscar voter shared: “I thought that Ford v Ferrari sounded good, but I don’t vote in these categories because I don’t know enough about the difference between the two.” The Academy decided to acknowledge that the lines are blurring.

Sound post, like almost every aspect of filmmaking, will continue to be a team sport, but the roles and workflows need to adapt to each individual project. While creating and finishing a soundtrack for a feature film will continue to require specialized, acoustically treated space and equipment for ADR, foley and mixing, all of this is more accessible. The new This is Sound Design facilities in Burbank are a great example of what’s possible, a footprint that until a few years ago only existed in large corporate studios.

In September, Amazon Studios released our latest feature film project, The Voyeurs. This film, in both plot and execution, pays homage to one of my favorite films with sound design by Walter Murch, The Conversation. In the end credits, you will see that I worked with a small team of sound editors and a foley artist. You will also see that I supervised that team and mixed the movie. But at the start of the film, on a beautiful hand-lettered card, you will also see my name with the words “sound designer.”

It’s always a thrill to see your name up on the big screen, but the idea of what this credit represents is most important. Technology has led us to an exciting new moment. Sound is being understood and celebrated as something greater than a collection of services. It is something we design.