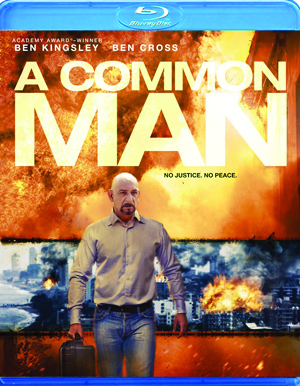 Based on the original film A Wednesday, A Common Man features Ben Kingsley as a seemingly average citizen who plants five powerful bombs in different locations around a major international city and threatens to detonate them unless his sole unconditional demand is met: the simultaneous release of four of the most deadly international terrorists from government prisons. In an urban landscape already gripped by fear, what could be the real motive behind a cunning madman's ultimate plan? (Gary Reber)

The Dolby® TrueHD 5.1-channel soundtrack is poorly executed, except for the music score, which is generally well recorded with subtle reach into the surrounds. Atmospherics and sound effects are mixed in terms of effectiveness. Deep bass .1 LFE is often strong and provides acceptable foundation. Dialogue is uneven, often muted, and seemingly dubbed and out of sync. This is at best a mediocre presentation. (Gary Reber)